Q & A with Get on Board Group 1 Chair Nicole Swaine 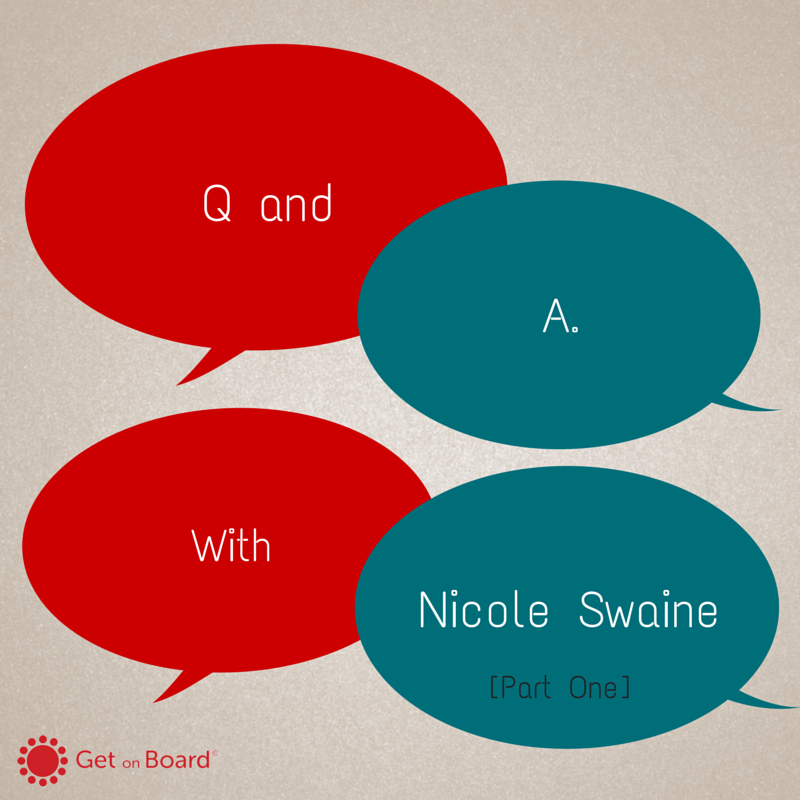 We sat down with new Adelaide-based Get on Board group Chair Nicole Swaine to get to know her better, learn what life was like for her as a new company director, and hear some funny stories from the boardroom.

GoBA: What is your professional background?

NS: I have held executive and director roles in multinationals, national and state based organisations, as well as a CEO position for one of South Australia’s largest not for profits (NFP). After completing a Bachelor of Management in Employee Relations I joined the HR team at Mitsubishi Motors. I then made the significant transition to the NFP sector in 2004 when I joined the scosa team. I was there for about 10 years, and held roles in HR and as General Manager Client Services. I returned to University and completed an MBA prior to being appointed as CEO of scosa in 2010 – a role that I held for 4 years. Driven by making a positive difference though connecting strategy to individual team members is what led me to establishing Explore Potential Consulting in March 2014. I am honoured that my professional background was recognised and rewarded at the 2013 Telstra Business Women’s Awards, where I was the recipient of two category awards in Community and Government and Young Telstra Business Women of the Year.

GoBA: What was your first senior management / board reporting role?

NS: My first role reporting to a board was in 2010 when I was appointed by the Board of Directors to the role of CEO of scosa. The board at the time was client-focused, innovative and forward-focused, and for this reason I was provided the opportunity to lead a team of over 200 people across the state at 28 years of age. This appointment made me one of the youngest CEO’s in the country – however it was not a barrier nor consideration to the manner that I led the team for the next four years as we grew by over 250% and raised our brand recognition to unprecedented levels.

GoBA: What was your first board position?

NS: My first Board Position was in 2006 when I was appointed to the Camden Community Centre Board of Directors. I joined the board to develop my governance skills and to contribute to the community sector. Within three months of joining this board, I found myself appointed as Chair at the first AGM, a role that I held of three years. In this time, we implemented a strategic plan, appointed a new CEO, and rebranded the organisation so it connected with the members.

To have a network such as Get On Board at this stage of my directorships would have removed so many barriers and unknowns, increasing both my confidence as I stepped into my first meeting and the value of my contributions.

GoBA: Do you remember what was going through your mind at your first board meeting?

NS: It was a mix of excitement and fear! I knew that I had skills to contribute to the organisation, however I was stepping into the complete unknown and was unsure of how to apply these skills in the board setting. To have a network such as Get On Board at this stage of my directorships would have removed so many barriers and unknowns, increasing both my confidence as I stepped into my first meeting and the value of my contributions.

GoBA: What is the strangest thing that has ever happened at a board meeting (if you can tell us)?

NS: There has been many a strange moment however one moment that still makes be laugh and I can share, was when I was attending a national board meeting in Canberra. The board had a major decision to reach which had been under review for some months and at this particular meeting took over half a day of discussions and review. We finally reached an outcome and a direction to move forward, as soon as the motion was moved, seconded and approved……….. by complete coincidence the neighbour in an adjoining property at that exact moment started their bag pipe practice and launched into amazing grace…….we took this as confirmation of our decision being the correct one!!

Read part two of our interview with Nicole where she shares the most important things to remember as a director, how to manage a professional career whilst sitting on a board, her predictions on the future of corporate governance, and her number one piece of advice for new directors. 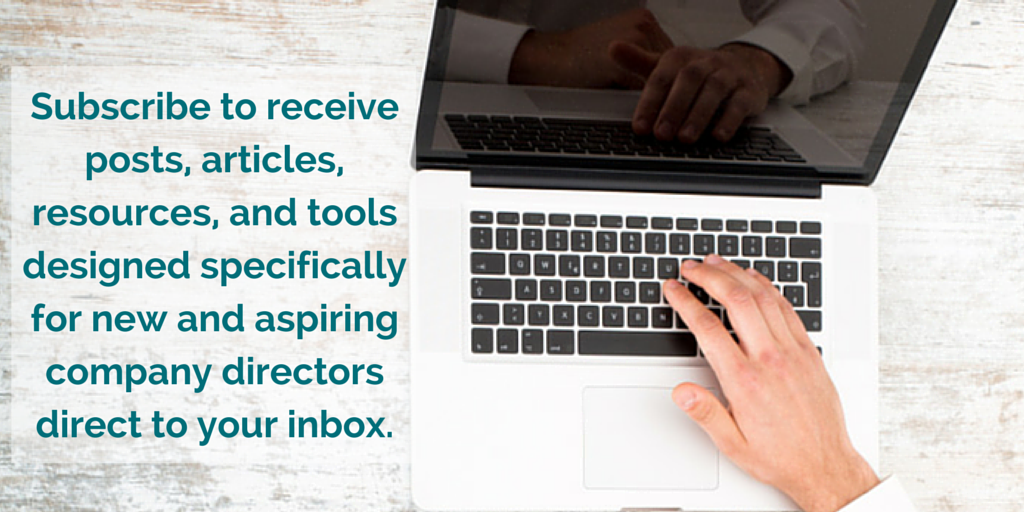 In Focus: Risk Management
Hiring a CEO: how important is industry experience?
Five Questions to Ask About Your Board Recruitment
Board Shorts Podcast: Etiquette in the Boardroom | Ep. 07
Get on Board Group 1