The Art of Networking with Jerry Kleeman | Ep. 29 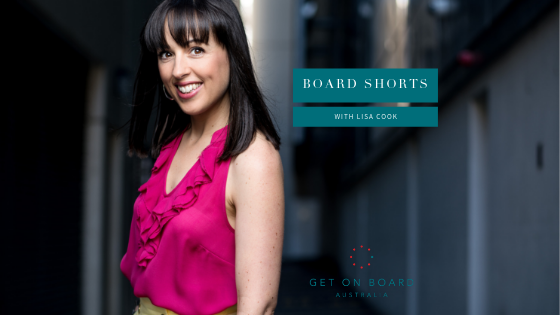 Imagine being in a new city, in a new country, where you don’t know anyone and having to build your professional and personal network from a completely zero base. This is what my husband – Jerry Kleeman – agreed to do over 20 years ago when he moved from the US to Adelaide, Australia to take on a senior role in a global company. He is now considered by many people to be the person who knows everyone. And his ongoing networking activities continue to return value for him, his clients, and others in his network.

Networking often instills dread in many of us; so I wanted to bring Jerry onto the show, sharing his somewhat extreme network building story to encourage you to embrace network building activities (not just meeting new people at events). Unlike Jerry, you already likely know many people – this is your existing network and is a great place to start becoming intentional with when it comes to progressing your board goals. From there, you can start to work outwards, building an intentional, valuable network who will go to bat for you when it comes to board opportunities.

Get on Board Australia · The Art Of Networking With Jerry Kleeman | Ep. 29

For the past 16 years, he’s been a Chair of The Executive Connection (TEC) where he’s facilitated thousands of hours of group sessions for high performing CEO’s and middle managers. During this time he’s also conducted nearly 15,000 hours of 1:1 Coaching.

​These days you’ll find Jerry facilitating, coaching and consulting for some of Australia’s most successful businesses. When he’s not doing this, he can be found speaking about creating connected leaders on an international stage, presenting strategy workshops or watching his beloved Northern Illinois Huskies at home.

​Born in the US but now a passionate South Australian, Jerry has been named as a Business Ambassador for SA by the Premier and a Champion of SA by the South Australian Government. Jerry holds an MBA and B.S. of Management from Northern Illinois University. He’s a graduate of the AICD’s company directors’ course and the current chair for the Juvenile Diabetes Foundation (SA).

Connect with Jerry on LinkedIn.

Find the Board Shorts Podcast on your Favourite Podcast App

If you have a question or a topic that you’d like covered on a future episode, please drop me a note in the comments below.

An MBA and your Board Career
Board Shorts Podcast: Boardroom Insider of the Month - Liz Savage | Ep. 12
You Don't Have to be Elite to Get into the Boardroom
The Role of a Board Member
networking